We're off! After early morning send off ceremony and an amazing rendition of Country's National Anthem by Breezy, we set off for Santa Cruz across the Golden Gate Bridge. Once again, it was awe inspiring to see towering in the fog as crossed over into the city to be met by police. No really, we had a police escort all the way to the southern border of San Francisco through every intersection. We all got pretty spoiled pretty quickly.

It was cool this morning, with the wind starting off in our face and slowly changing direction as we headed south until we had a tail wind coming into surf city. Jackets, toe warmers, did the trick as I saw a low of around 44. 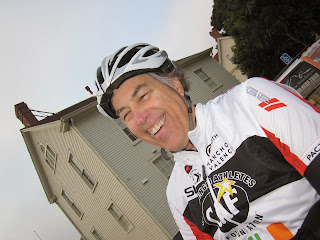 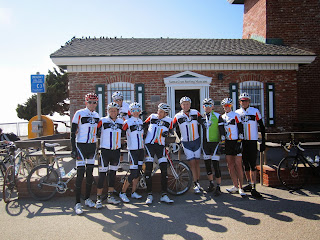 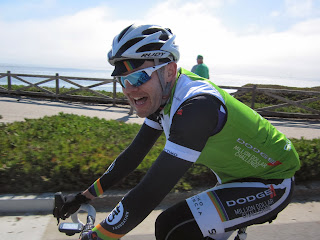 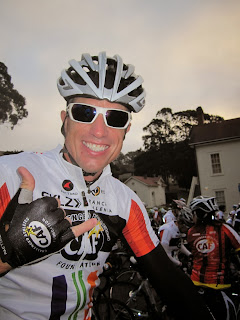 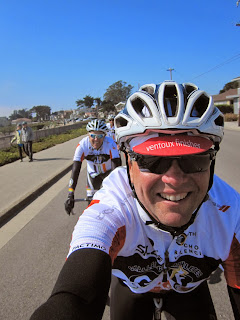 It was awesome to be in a group again. Also, it was nice to not have to spend the entire day in the wind, so I sat back and let the group do a lot of work. Today was about some active recovery and doing just enough, and not chasing every attack. In fact, in our group, we had no attacks, just large surges of speed that happens when someone gets to the front and thinks they need to nail it and surges ahead and then realizes they can't handle that speed for very long and then dramatically slows, thus creating an even larger yo-yo near the back of our 10 person group.